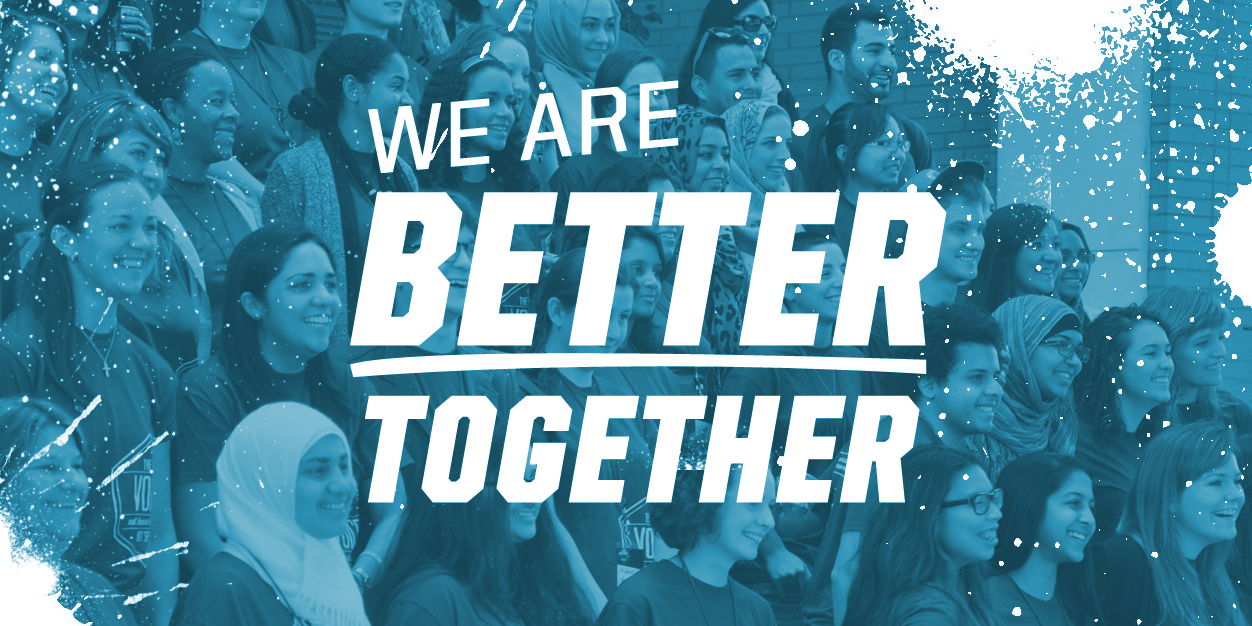 When you pledge to #BeBlue, you’re making a statement that helps bring others into the interfaith movement. It’s a way to kick start a national conversation about the value of religious pluralism and working together despite our differences. We think that matters now more than ever.

On Thursday, April 10, our campus along with a number of other college and university campuses across the nation will celebrate Interfaith Youth Core’s Annual Better Together Day.

On Wednesday, April 9 from 2:00-5:00 p.m. in the Center for Student Involvement Lounge, the REL 105 Exploring Religion and Religions class and other Better Together student leaders will be giving away free Better Together T-Shirts and Bracelets and Cupcakes with blue icing to students, faculty, and staff to wear on IFYC Better Together Day, Thursday, April 10.  Please wear the T-shirts and bracelets, not the cupcakes!


On Thursday, April 10, from Noon-5:00 p.m. in the Center for Student Involvement Lounge, we will have an IFYC Better Together table with information, such as the fact that nearly 1 in 5 hate crimes in America is religiously-based (see link to FBI report below).  There also will be a display of positive religious and non-religious voices made by the REL 105 class.

Why does it matter?

What can you do?