The 2012 graduates of Elizabethtown College fared well in the competitive marketplace they faced following graduation. The unique Elizabethtown blend of liberal arts and professional programs prepares students with the skills and experiences desired in today's workforce.

A survey by Millennial Branding & Experience Inc. (2012, May 14) indicates that employers seek to hire individuals who have good communication skills, a positive attitude, the ability to adapt to changes, skills for effective teamwork, and who are goal oriented. Nationally, the average salary offer to 2012 college grads was expected to be $51,000 (NACE Fall 2011 Salary Survey). Compared with their peers without a college degree, college graduates can expect to accrue roughly one million dollars more in lifetime earnings.

Signature Learning Experiences Prior to Graduation

A body of national research shows that students who participate in high-impact practices during college experience greater gains in learning. At Elizabethtown, such activities are situated in the general curriculum, the major/minor programs, the intentional advising, and targeted extra-curricular opportunities. The chart shows the percentage of 2012 graduates with each of five signature high-impact learning practices documented on their transcripts. In addition, it shows that ALL graduates participated in high impact first-year programming including a seminar, advising, orientation, and mentoring. As well, ALL graduates also completed at least one guided writing and research intensive (GWR) course in addition to completing a first-year writing and research course. 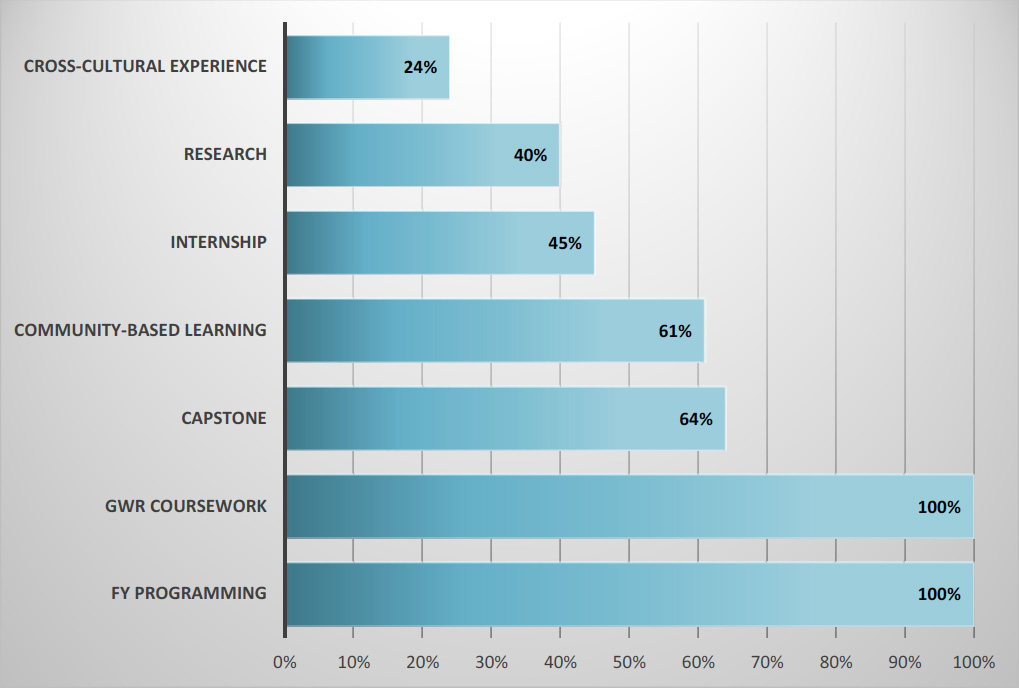 A year after graduation, more than half (58%) of the class of 2012 are employed full-time and 24% are pursuing advanced study. A handful of graduates indicated that they were actively seeking employment and an equal number indicated that they spent their first year after college graduation engaged in full-time service or mission work. Among those 2012 graduates who sought and obtained employment, 78% reported securing their position before or within 6 months after graduation and 82% reported that their first employment was directly related to their college major. 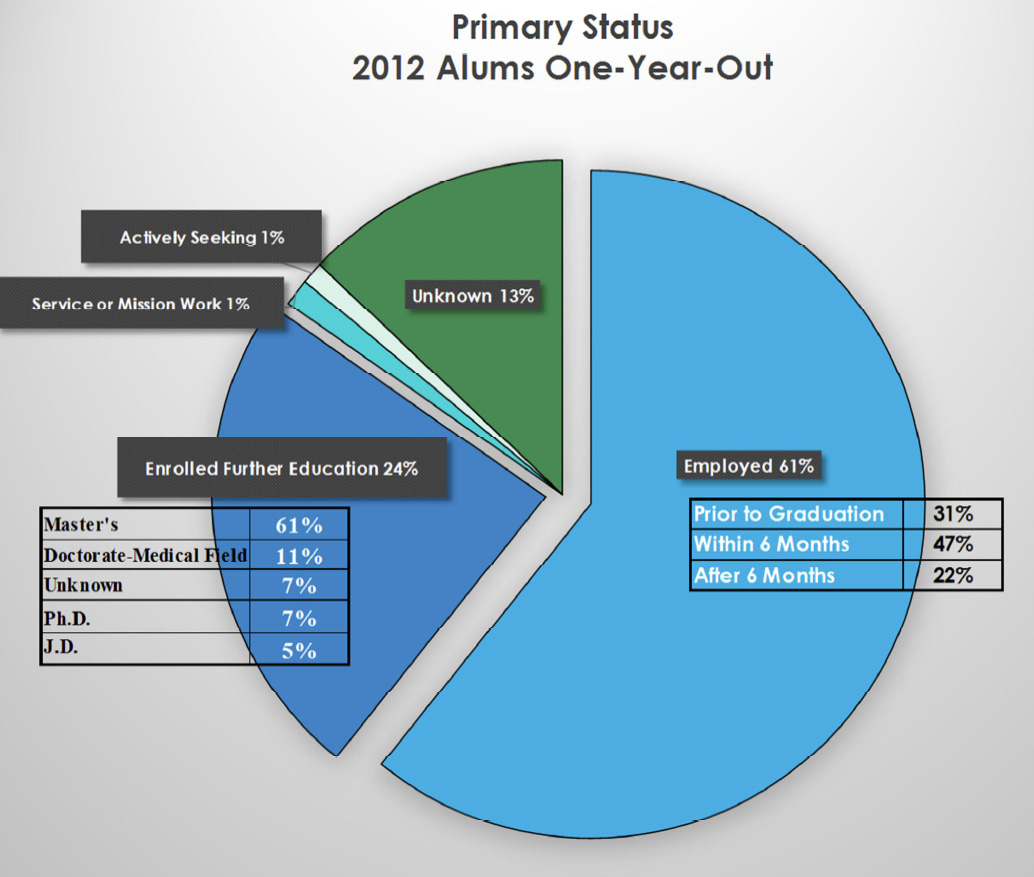 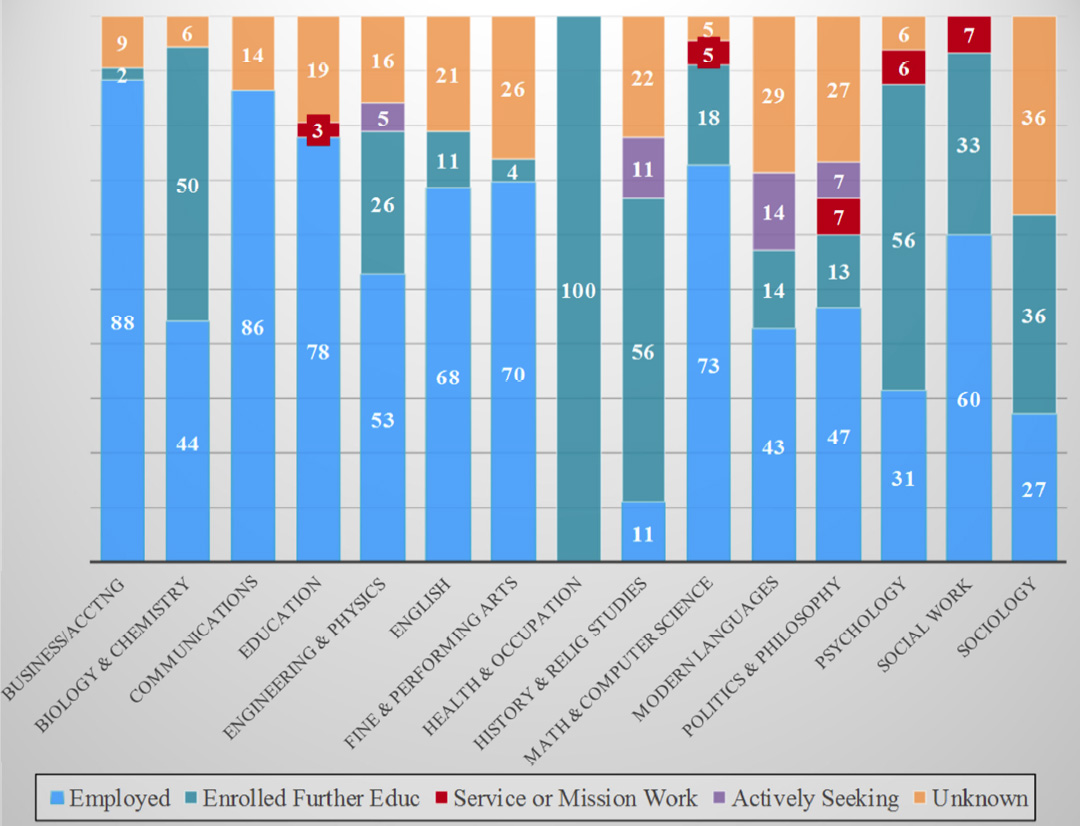