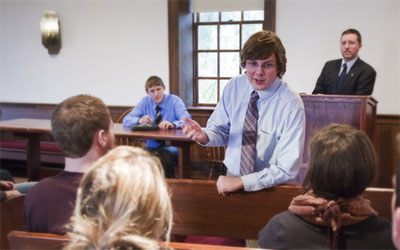 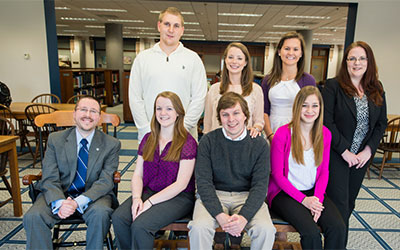 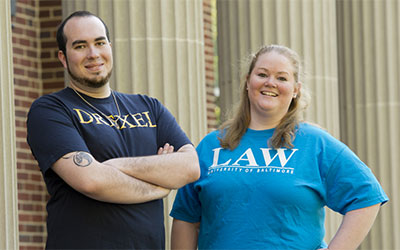 The Legal Studies major provides an interdisciplinary course of study that combines courses and learning outcomes from business, communications, English, history, political science, philosophy and other liberal arts disciplines. Students explore issues such as justice, order, rights, the human condition and ethical assumptions underlying the competing concepts of human nature and society. The Legal Studies program especially is recommended for students who are considering careers in law, higher education or public service.

In a wide range of classes, preparing you for the rigors of a legal career, you will learn to formulate arguments and learn to analyze textual claims. You also will learn the basics of political philosophy and law. With partnership enrollment programs with the top law schools in the northeast, our students are prepared for their future legal careers guided by experts in the field.

From the Department of Politics, Philosophy and Legal Studies 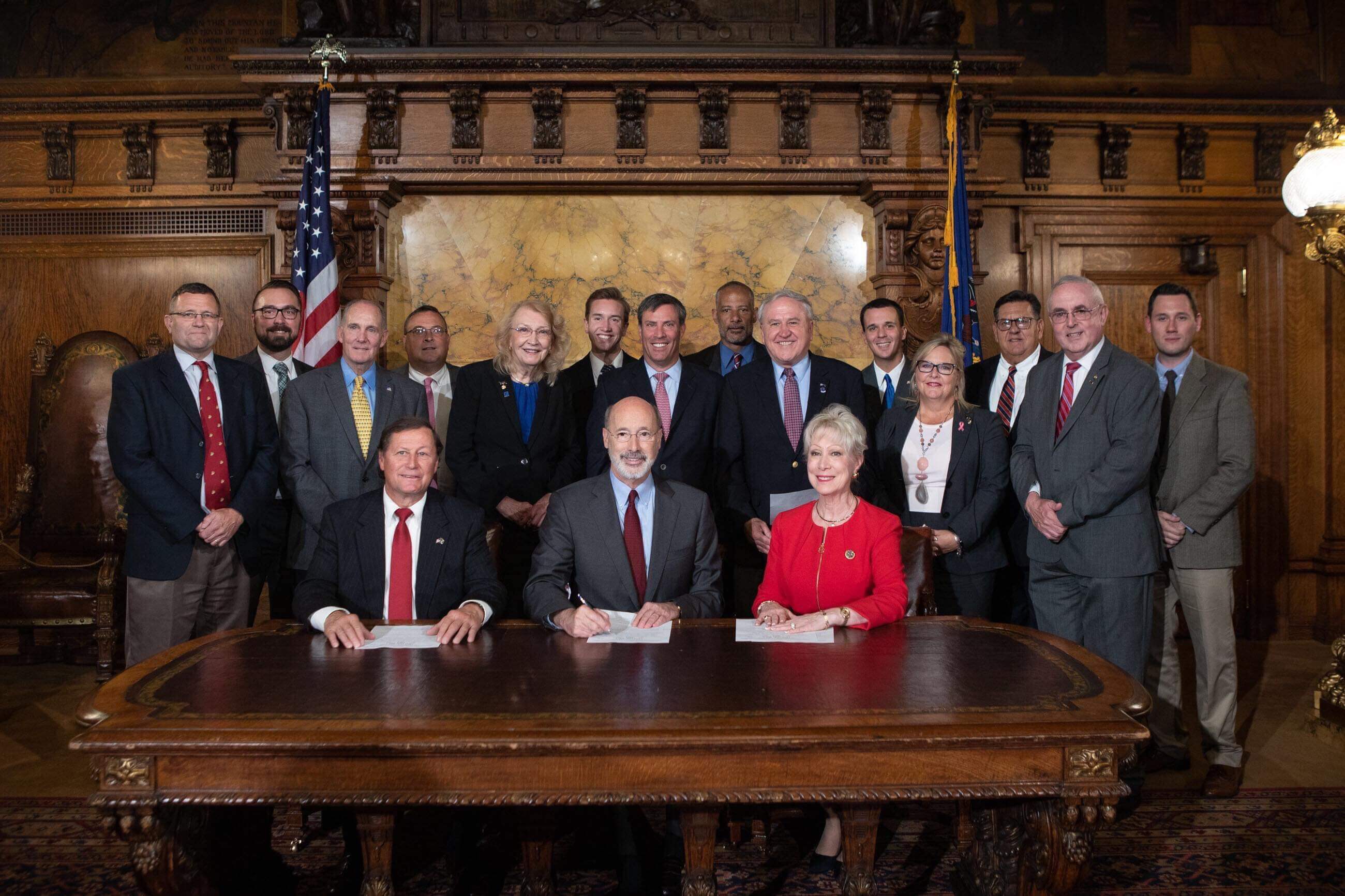 Three alums played important roles in making civics testing for middle and high school students a reality. The signing of the legislation was attended by three Blue Jays and a fourth, Representative David Hickernell ’83, Chair of the PA House Education Committee, was the catalyst for the bill being signed into law. Beginning with the 2020-21 school year, students in grades 7-12 in Pennsylvania will take, at least once, a locally developed assessment of United States history, government and civics.

As a result of the program, graduates will be able to:

formulate cogent arguments and skillfully critique the arguments of others.

communicate effectively and fluently in speech and in writing.

conduct independent, original research, demonstrating the ability to gather, organize and present evidence, data or information from a variety of primary and secondary sources.

critically analyze the relationship between law, government and society.

discuss and understand major theories and criticisms of law from an interdisciplinary perspective.

evaluate the quality of legal research, whether it employs social scientific methods (quantitative or qualitative) or legal research methods.

Legal Studies majors who are interested in law school are encouraged to participate in the Elizabethtown College Pre-Law Program. The Pre-Law Program offers engagement in cocurricular activities, preparation for the Law School Admissions Test (LSAT) and a strong advisory component to assist students in course selection.

Ready to Apply! Take the next step in joining our Blue Jay family by starting the admissions process. By applying you'll get access to special events and information tailored to you.
Come for a Visit. Learn more about why having a degree in Legal Studies is good for your future career! For more information, come visit campus and speak with one of our professors, take a tour of campus, and sit in on a class.
Elizabethtown College