Use one of the forms below then login to JayWeb to nominate a faculty member:

The generosity of an alumnus has made possible an annual award to a current Elizabethtown College faculty member for excellence in teaching and mentoring. The award is named in honor of J. Kenneth Kreider, professor of history emeritus, and Carroll L. Kreider, professor of business emerita "for their inspirational service to countless students at Elizabethtown College." The Kreiders were not only inspirational in the classroom, but were also powerful mentors and role models.

The Elizabethtown College Community (students, faculty and staff members, and alumni) are encouraged to nominate a faculty member whose teaching, mentoring and leadership on campus are inspirational to current and former students. Current full-time faculty members who have taught at the College for at least three years are eligible. Choose from the drop-down list and write a brief (250-500 word) statement on why the nominated faculty member is deserving of the award. The deadline for nominations is Monday, March 22, 2021. Please note: If you nominated a faculty member last year, you do not need to resubmit the nomination. Your nomination will be considered along with new nominations submitted this year.

The Professional Development Committee and two students will choose the recipient of the prize from all those nominated. Remember, to be eligible for consideration, a faculty member must be nominated by at least three of the following constituencies: students, faculty and staff members, and alumni. If you’ve nominated someone, encourage members of other constituencies in the campus community to support the faculty member you have nominated. The recipient of the Kreider Prize will be announced mid-April.

Questions about the nomination process may be directed to Jill Moore, assistant to the dean for academic affairs and faculty development at 717-361-1555 or moorejill@etown.edu. 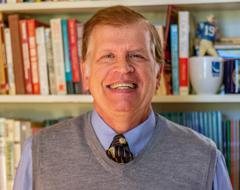 The 2019-2020 recipient of the Kreider Prize for Teaching Excellence is Dr. E. Fletcher McClellan, Professor of Political Science. The Professional Development Committee noted Dr. McClellan exemplifies the outstanding faculty-student interaction for which Elizabethtown College is known. Student, alumni, and staff nomination letters all stressed McClellan’s passion for his subject matter and commitment to Elizabethtown College students. One writer wrote, “His ability to connect and modernize even the oldest of political history enables students to appreciate and implement material in every situation and prepares us for a life of civic engagement.” Another common theme in the nomination letters is McClellan’s support for students’ professional development. The Committee noted McClellan’s 2018 receipt of the Craig L. Brians Award for Excellence in Undergraduate Research and Mentorship, a national award from the Political Science Education Section of the American Political Science Association.

McClellan will deliver the Kreider Prize Lecture this fall.

The Ranck Prize for Research Excellence is an award that is presented annually to an Elizabethtown College faculty member in recognition of his/her excellence in research and commitment to his/her field of study. The Award, which has been made possible through the generosity of Dr. Robert O. Kerr ’64 and Mary Ann Kerr ’64, is named in honor of Dr. John P. Ranck ’58, professor of chemistry emeritus, "for his inspirational service to countless students at Elizabethtown College." 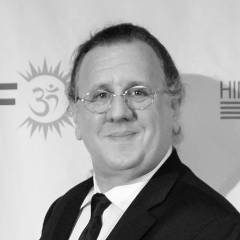 The 2020-21 recipient of the Ranck Prize for Research Excellence is Jeffery Long, Professor of Religious Studies and Asian Studies. The Professional Development Committee chose Long from nominations submitted by faculty peers. In addition to receiving a monetary award and a supplement to his professional development fund to support ongoing scholarly activity, Long will deliver remarks during the 14th annual Scholarship and Creative Arts Day on Tuesday, April 20, 2021.

The Committee commended Dr. Long for his outstanding scholarship record, including the authorship of three books, two of which were published in 2020, Hinduism in America: A Convergence of Worlds and the second edition of Historical Dictionary of Hinduism. He also has written an astonishing number of scholarly articles, editorials, and blogs and edited or coedited several volumes on Hinduism. Not only is his high productivity impressive, but so too is the attention that his scholarship is garnering nationally and internationally. He has been invited to speak at a number of prestigious venues, including the University of Chicago, Yale University, Princeton University, and an interfaith conference in New Delhi. Of particular note, Dr. Long was invited three times to speak at the United Nations on Yogic Values, Reincarnation, and Ahimsa. Another highlight for Dr. Long was receiving the Hindu American Foundation's Dharma Seva Award for promoting accurate and culturally sensitive portrayals of Hindu traditions in education and media.

Polanowski Prize for Excellence in Faculty-Student Advising and Mentorship

Use one of the forms below then login to JayWeb to nominate a faculty member:


The Polanowski Prize for Excellence in Faculty-Student Advising and Mentorship is presented annually to an Elizabethtown College faculty member to commend and celebrate excellence in advising and mentoring students toward successful graduate school placement and/or careers. The Polanowski Prize for Excellence, which has been made possible through the generosity of Dr. Mary E. Schmidt ’79 and Dr. Russell Libby, honors Dr. Frank P. Polanowski, Associate Professor of Biology Emeritus, for his inspirational service to countless students at Elizabethtown College.


The Elizabethtown College Community (students, faculty, administrators/staff, and alumni) is encouraged to nominate a faculty member who has demonstrated excellence in advising and mentoring. Current full-time faculty members who have taught at the College for at least three years are eligible. To nominate a faculty member, choose from the drop-down list and provide a brief (250-500 word) statement on why the nominated faculty member is deserving of the award. The deadline for nominations was Tuesday, December 15, 2020. Please note that should your nominee not receive the award in this cycle, your nomination will be included for two additional years in 2020-2021 and 2021-2022.

The faculty Professional Development Committee (PDC) and a representative group of current students will choose the recipient of the Polanowski Prize from the list of faculty members who were nominated by at least three of the following constituencies: alumni, current students, faculty, and administrators/staff. Members of the PDC may be nominated, but they will not be eligible for the award until their service on the committee has ended. You are welcomed to encourage members of other constituencies in the Elizabethtown College community to support the faculty member you have nominated. The recipient of the Polanowski Prize will be announced in March 2021.

Questions about the nomination process may be directed to Jill Moore, assistant to the associate provost for academic and faculty affairs at 717-361-1555 or moorejill@etown.edu. 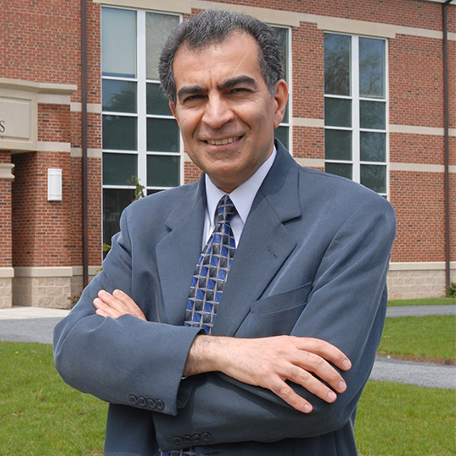 The selection committee noted that Dr. Varamini’s positive impact on Elizabethtown College students through his mentoring and advising deserves recognition and celebration. Nomination letters emphasized how supportive and encouraging he is and that students could depend on him whenever they needed sound academic or career advice. He tirelessly works to help his students find high-quality internships, navigate the study abroad process, gain industry exposure, and establish a professional network. Repeatedly, former students mentioned how he helped them prioritize and align their goals with their values. Numerous students and alumni also described how they leaned upon him when they were second-guessing their academic path or facing career challenges. He not only listened but worked with them to adjust their curriculum, change their major, or find their purposeful life work.

Dr. Varamini’s profound impact is palpable. Two alumni quotes capture the essence of what his mentorship means to his current and former students.

"Because of him, I know more than just business and markets: I know language, culture, world issues, the importance of service, and the joy of learning.”

"Aside from my parents, no one has done more to influence my career than Dr. Varamini.”

Congratulations, Dr. Varamini, for recognition and celebration of your advising and mentoring!

Polanowski Prize for Excellence in Faculty-Student Advising & Mentorship (past recipients)