Prepare for a career in the news industry with the Journalism major. At Etown, located in south-central Pennsylvania, we’re preparing the next generation of newsroom leaders. Whether you’re interested in working for a newspaper, magazine, television/radio station, or an online news outlet, you will get the practical hands-on experience you need to tell compelling stories.

We believe a strong foundation in writing and editing are key. News reporting and writing, shooting and editing video, magazine and feature writing, and digital multimedia production are just some of the skills you will develop.

Write for our award winning student newspaper, The Etownian, be an anchor/reporter/producer for the College’s TV station, ECTV-40, or a DJ on our radio station, WWEC. You can get involved in student media beginning the first day you arrive on campus! You’ll also gain experience with our remote production vehicle equipping you with live reporting skills.

From the Department of Communications 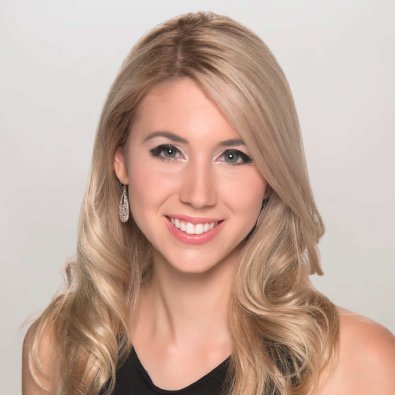 By her first year at Elizabethtown College, Irene Snyder was involved with ECTV40 and WWEC 88.3, the College’s television and radio stations. As a junior, the mass communications and sociology/ anthropology grad was already working part time as a multimedia journalist for Lancaster Online. Snyder began her professional career working for WFMZ-TV, a as a new reporter and recently made the move to Phoenix, Arizona’s FOX10 as a reporter. She credits presentations at the College’s Scholarship and Creative Arts Days (SCAD) and at several conferences for preparing her for public speaking and interviewing, and, she said, her sociology coursework enables her to consider individual backgrounds and beliefs when interviewing.

“Since high school, I knew I wanted to be a journalist. I was encouraged to pursue multiple internships at local television news stations.”

You will have the opportunity to take courses in a variety of areas within the field and tailor the curriculum to your specific interests in journalism, broadcast news, digital multimedia production, newspaper, and magazine writing. We have several courses and electives that will prepare you for a job in a newsroom whether you want to write, be in front of the camera or behind the scenes, or produce stories for a digital journalism platform.

Some of the journalism courses we offer include:

You will have hands-on, real-world, opportunities to write and produce audio, video, print, and multimedia stories.

More details about the coursework for our major can be found by searching through our catalog.

How will this program prepare me for the real world?

All Communications students are required to take our capstone course. The class challenges students to demonstrate the many skills they learn throughout courses in our program.

To enrich your education and strengthen skills, you will become involved in one or more of our student-run organizations. Students are also encouraged to participate in internships. Internship sites include:

With a Journalism degree students will have exciting careers such as:

Ready to Apply! Take the next step in joining our Blue Jay family by starting the admissions process. By applying, you'll get access to special events and information tailored to you.
Curious About Communications? Want to hear from our faculty and current students about what a major in communications can do for you? Visit us on campus!
Elizabethtown College