Successful physicists are curious about how the world works, enjoy being challenged, and are able to think critically and analytically about problems and the world around them. The Computational Physics major prepares you to assess and solve these problems using high-powered computers and complex algorithmic programs, preparing you for a career at the forefront of modern science.

What will I study in the Computational Physics program?

Computational Physics is an interdisciplinary program, combining courses in computer science, mathematics, and physics. You will work with complex systems to acquire, process and analyze data that can then be used to find answers to the physics problems of today.

The Computational Physics major is comprised of predominantly STEM courses – 5 in Computer Science, 5 in Physics and 5 in Math. Along with a research project, you will also complete 6-8 electives that will enable you to lead and grow in your chosen profession after graduating from Etown. The course is flexible so that you can take classes that suit your interests, whether those be in data science, statistics, business or the arts and humanities.

Some of the courses that you can take are:

Your studies will include hands-on coursework from your first day on campus, along with theoretical teaching from our expert faculty. While at Etown, you will also have the opportunity to join student clubs dedicated to future technologies, participate in faculty-supervised research projects and study abroad.

What can I do with a degree in Computational Physics?

As modern technology continues to develop at a rapid pace, employment in computer-based occupations is also growing. The U.S. Bureau of Labor Statistics predicts a 12.5% increase in these industries by 2024, resulting in nearly half a million new jobs and with starting salaries around $60,000 and upward.

Studying Computational Physics will give you the skills needed to thrive in these positions. You will graduate with competency in data processing and analysis, coding and modeling, along with experience using integrated mathematical computing software such as Matlab and programming languages Java and Python.

Many of our students have entered the workforce immediately upon graduation and taken positions at companies such as NASA, Boeing, Lockheed Martin, Google and government agencies such as the NSA.

A Leader in Inclusive Excellence

Etown’s School of Engineering, Math, and Computer Science has been honored by the  American Society for Engineering Education’s (ASEE) Diversity Recognition Program , earning Bronze Level recognition. ASEE’s  bronze category  is the highest level issued to institutions during the 2021-22 submission cycle and recognizes the School among the nation’s leaders in inclusive excellence. Etown was one of just nine institutions in the nation to receive the recognition. The Diversity Recognition Program was created by the ASEE to publicly recognize those engineering and engineering technology units that make significant, measurable progress in increasing diversity, inclusion, and degree attainment outcomes of their programs. 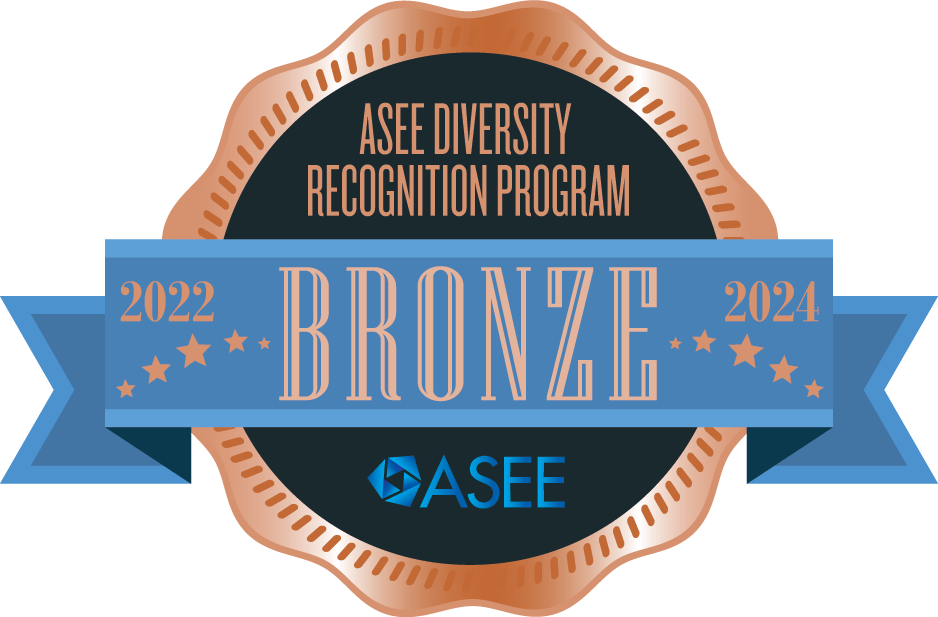 Ready to Apply! Take the next step in joining our Blue Jay family by starting the admissions process. By applying you'll get access to special events and information tailored to you.
Curious About Campus? Interested in learning more about majoring in Computational Physics at Elizabethtown? Come visit us on campus to take a tour, meet our faculty, and sit in on classes!
Elizabethtown College