Elizabethtown College's experts can lend their expertise to a variety of topics. You can search for sources by name or by area of expertise. From Amish Culture to Women in Religion and dozens of topics in between, our Experts are ready to answer questions related to their unique areas of expertise. Whether it is a timely news story or an in-depth feature, our experts can add value to your story. If you know the name of the expert you are trying to reach, search their name below. If you would rather sort by topic, select your topic from the list. 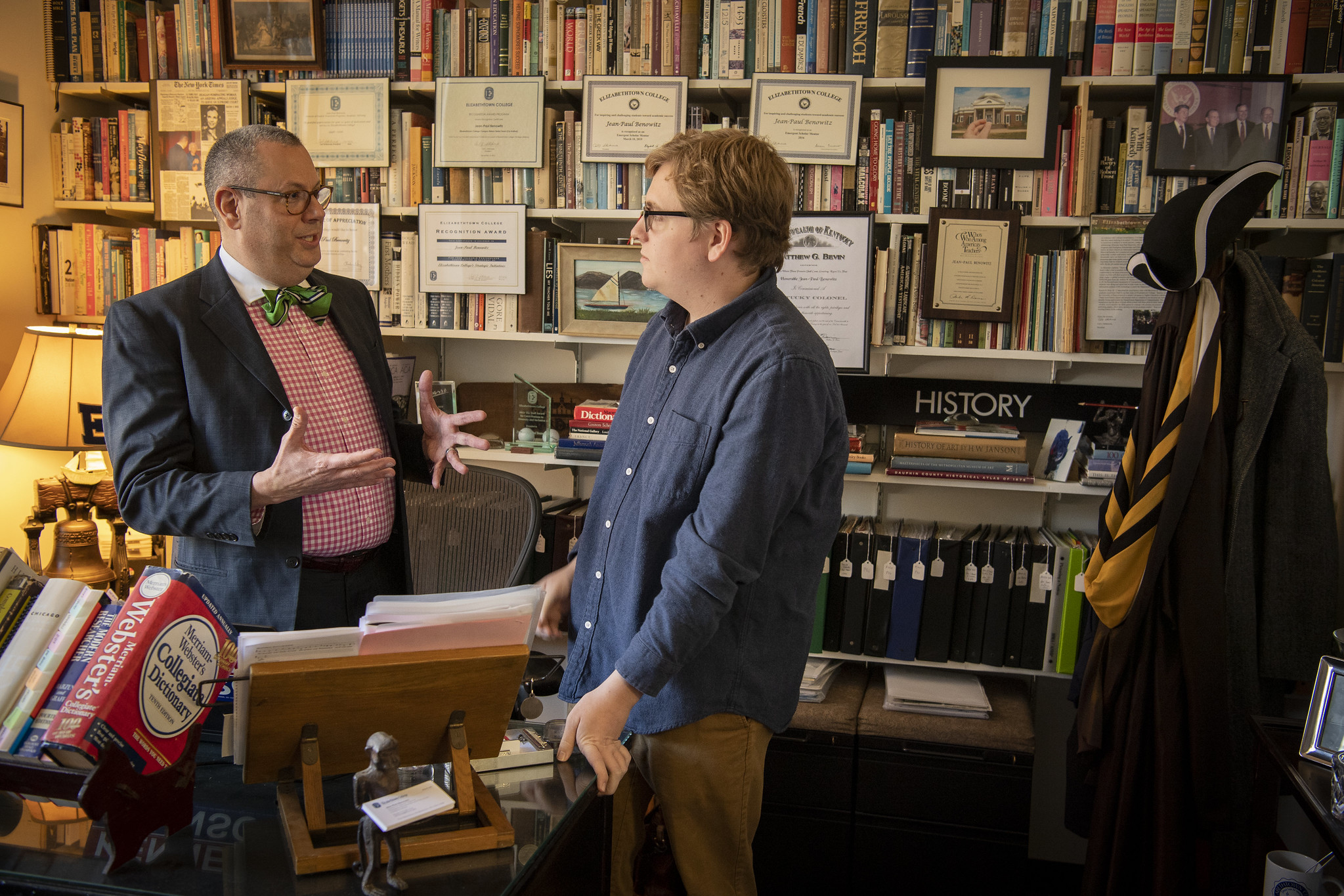 Betty has had a long career at Elizabethtown College, spending the first half as a faculty member in the Department of Psychology and the second half in various administrative positions. Her teaching included courses on Developmental Psychology, Applied Developmental Psychology, Exceptional Children, Educational Psychology, Research in Developmental, and Psychology of Women. Her early research focused on young children's spatial orientation and abilities as well as the construction of gender. She published a textbook on the psychology of women, Women's Voices , with both Brooks/Cole (1st ed) and Wiley (2nd ed). With her colleague Carol Sigelman (The George Washington University), she has written multiple editions of a popular Life-Span Human Development text, now going into its 10th edition with Cengage Learning.

As vice president for advancement and community relations, David serves as secretary to the board and is the chief fundraiser for the College. He is responsible for alumni relations, the annual fund, major giving, gift planning, the High Center for Family Business and foundation, government, community and church relations. He works extensively with the Board of Trustees, Leadership Council, Alumni and Parent councils and Campaign Steering committees to advance the engagement of external constituencies including alumni, parents and friends. David holds a bachelor’s degree and a master’s in education degree from Lehigh University. He has served in the advancement field for over 30 years in various roles at Elizabethtown College, Lehigh University, Lafayette College and Franklin & Marshall College.

John F. Champoli is Vice President for Enrollment Management at Elizabethtown College. Since Aug. 2019, Champoli has been leading the admissions team and enrollment initiatives as the college works to build its student body. Champoli joins Etown from Husson University in Bangor, Maine where he served as Vice President for Enrollment Management and Director of Admissions at Husson since 2015. During his time at Husson, Champoli led his enrollment team to achieve the University’s largest incoming classes for three consecutive years, 2016 through 2018. His wealth of knowledge in enrollment management, data analysis, innovative and targeted recruitment strategies, and a breadth of admissions experiences will all help to grow our enrollment to healthier levels. Prior to Husson, Champoli worked in various roles in Admissions and Enrollment Management at Lycoming College in Williamsport and for six years at the State University of New York. Champoli holds a bachelor of fine art and a minor in psychology from Molloy College and a master of fine art from Long Island University.

Gerald “Jerry” Silberman is Senior Vice President of Administration and Finance for Elizabethtown College. Starting in Aug. 2019, Silberman came to Etown with an extensive background in higher education specifically in the areas of finance, information technology, human resources, operations, public safety and security and strategic planning. Working in collaboration with the senior management team, Jerry leads the College’s budget and financial operations, oversees the Human Resources Office, and works closely with the President to develop and execute the College’s Strategic Plan. Silberman previously served as Vice President of Administration and Finance at Kutztown University (KU). Since 2007, he’s managed the state university’s annual operating budget of more than $175 million. He also supervised the College’s Office of Human Resources, Facility Operations and Management, Auxiliary Operations, Construction Services, and Public Safety and Police Services. Prior to his role as VP of Administration and Finance, Jerry served as Assistant Vice President of Administration and Finance, Comptroller, and Director of Accounting at KU since 1991. In addition, Silberman has served as a reviewer on the Middle States Commission on Higher Education evaluating several colleges and universities in the mid-Atlantic region. Silberman holds a master’s of science in Computer and Information Science from Kutztown University, a bachelor’s of arts in Accounting from Muhlenberg College and completed Harvard University’s Institute for Educational Management. He is a commonwealth of Pennsylvania Certified Public Account (CPA).

Keri Straub is the Executive Director for Marketing and Communications at Elizabethtown College. For more than 15 years, Straub has worked in both the education and broadcast television industries bringing a wealth of experience in public relations, media relations, marketing, digital, strategic, and crisis communications. A former news reporter and producer, Straub has an extensive background within the media industry and serves as the College spokesperson managing media inquiries, pitches, and editorial content for the College. Straub also leads the institution's enrollment marketing, oversees the digital and web functions as well as the strategic communication efforts for the institution. She also serves as editor of the Elizabethtown College magazine. Straub holds a Bachelor of Arts degree in Journalism with a minor in Communication, Arts & Sciences from The Pennsylvania State University. She also holds an Advanced Public Information Officer (PIO) certificate from FEMA.