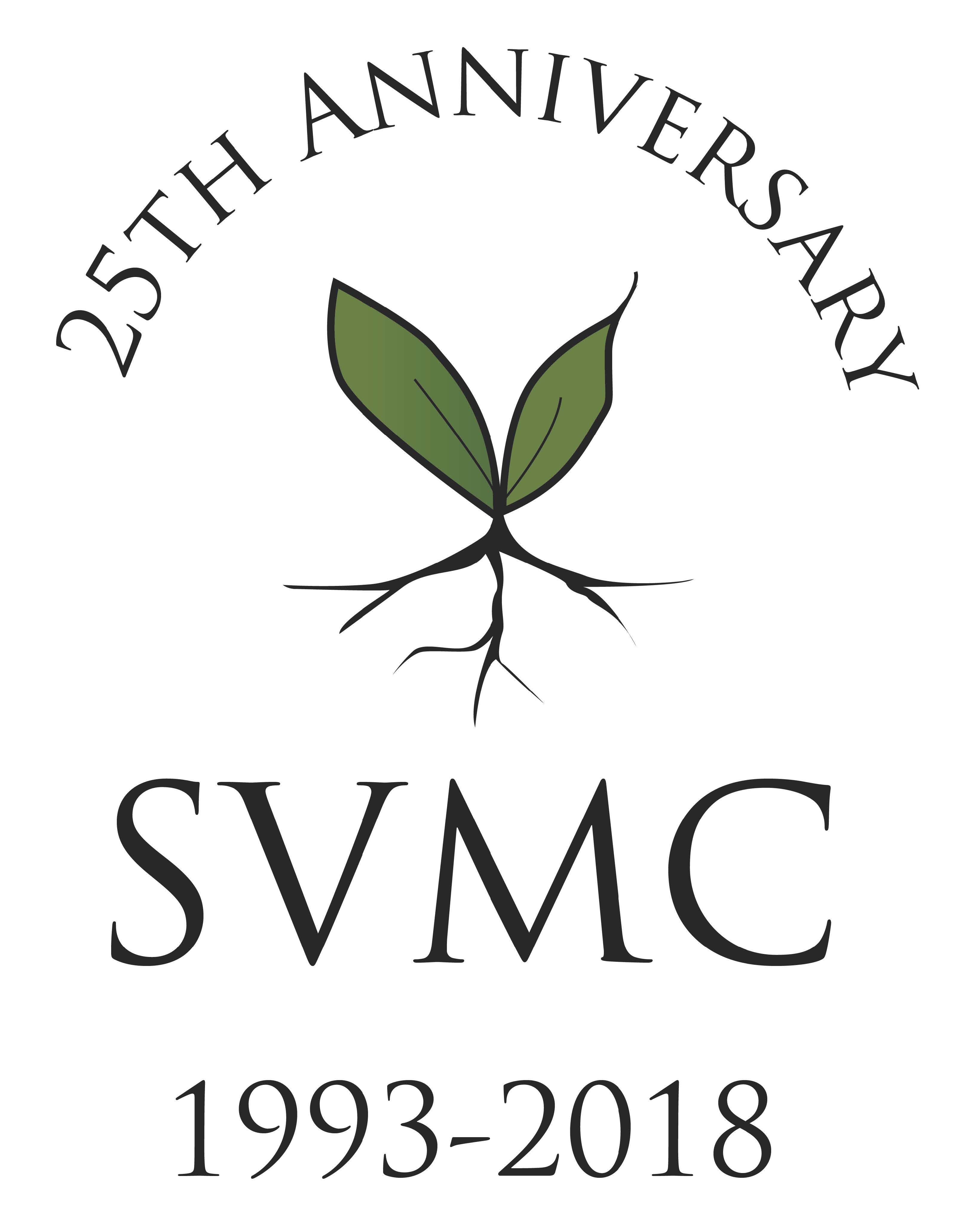 SVMC is celebrating its 25 th anniversary in 2018 by rejoicing in our firm foundation, celebrating the present, and envisioning the future.

Originally known as the Susquehanna Valley Satellite (SVS), our name changed to the Susquehanna Valley Ministry Center in 2004. Rooted in the original mission from 1993 designed by the founding districts Atlantic Northeast and Southern PA, along with Bethany Theological Seminary, and expanding the partnership to include the districts of Mid-Atlantic, Middle PA, Western PA and the Brethren Academy for Ministerial Leadership, SVMC has grown to offer certificate level training in ACTS and TRIM, host Bethany graduate courses, and offer excellent continuing education events.

Throughout 2018, we will observe this milestone with monthly meditations distributed by email on the 25th of each month (see links below); celebrations at district conferences, and express gratitude through a worship service and banquet on November 3, 2018.  Our written history will be updated and made available, and our 25th anniversary will be highlighted at our various continuing education events throughout the year.

We have selected “Rooted and Growing” as our 25th anniversary theme, building on our tagline of Rooted in Christ, Growing in Knowledge. Our theme scriptures -- Colossians 1:10 -- challenges us to lead worthy lives, bear fruit in every good work, and grow in knowledge of God. And, Proverbs 9:9 illuminates a goal of ministry training.

The late Allen Hansell, a member of the planning team for regionally based ministry training which resulted in SVS, wrote in a historical booklet prepared for the tenth anniversary of SVS, “The period of formation of SVS was a time when people shared their dreams and concerns, planted seeds and ideas, and trusted God’s Spirit to lead the possibilities to fruition.”

As conversations and consultations were held, the observation clearly emerged that many men and women, some with little background in the Brethren heritage and beliefs, were attending non-Brethren seminaries and Bible schools. Several consultations and logistical work, detailed in Allen Hansell's historical booklet, occurred to make the launch of SVS a possibility.

The inaugural convocation was held at The Young Center, Elizabethtown College, on October 3, 1993. As Allen noted: “The creation of the satellite met a need of education in the geographic east. Church of the Brethren men and women could receive course work in Anabaptist and Brethren beliefs even if they attended a non-Brethren school. The formation of SVS fulfilled deeply-held dreams of many people.”

SVMC is a strong and vital ministry partnership as we move into our 25th anniversary year. Instructors, students, donors, congregations, our five partnering districts, Bethany Theological Seminary, and Brethren Academy have all played a part in the success of our twenty five years.

We anticipate a growing and meaningful ministry in the future as we continue to offer educational opportunities with discernment into how to serve a changing church and a never-changing God.

Join SVMC as we rejoice in our foundation, celebrate the present, and envision the future as we are Rooted and Growing in Christ!