Students in the History Department at Elizabethtown College have opportunities to conduct independent research under the guidance of a faculty mentor.

For students planning on pursuing a graduate degree, original research is a vital part of developing the skills necessary to be successful in graduate school. All students, regardless of major, will find that research skills, including recovering, organizing, and interpreting data, are vital to success in a variety of fields and careers. 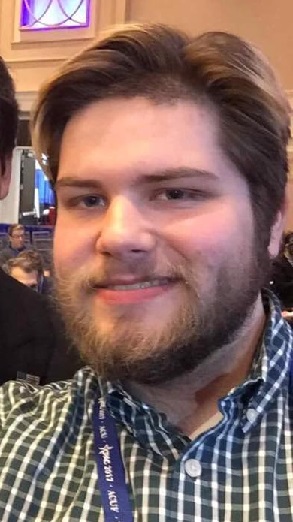 Thesis: "The King and Them: Thai and Japanese Relations during World War II"

"While the obscurity of the topic caused initial struggles, it was ultimately that very gap in historiography that made the project so exciting."

Some of the in-class research I have been most proud to have taken part in was during the course "World War II in the Pacific", taught in fall of 2016 by Dr. David Kenley. For this course, I was asked to create a research project involving some aspect of the topic. This was the genesis of my paper, "The King and Them: Thai and Japanese Relations during World War II".

Ultimately, the process of this research was more than self-affirming. The nature of some the existing scholarship on Thai-Japanese relations is almost vitriolic in translation, and the traditional ortho- and hetero-dox dichotomy does not really apply. While the obscurity of the topic caused initial struggles, it was ultimately that very gap in historiography that made the project so exciting; this was a consequential, multifaceted, and relevant story in the development of the international geopolitical order, and for a moment, it was mine for the telling. This presented a unique opportunity to bring to light the complexity of international relations -- and to reanalyze truths that lacked contemporary interpretation.

There is an important distinction to be made regarding World War II-era Thai-Japanese relations that is not completely satisfied by existing scholarship. This was not a clear-cut case of alliance or opposition; both parties seemed to behave without much regard for self or mutual interest. It was my conclusion, based on the evidence, that Thailand and Japan served each other as technical "allies" in name only through the ratification of imbalanced treaties, threat of and actual amphibious invasion, and the social development of both domestic and xenohegemonic cultural jingoism.

It was professionally formative to develop a complex thesis out of such a nebulous question, and personally rewarding to make a tangible, if ultimately secondary, contribution to the historiography of an interesting and underpopulated topic. The opportunity to pursue this kind of research was critically dependent on the scholastic support that I received from studying history at Elizabethtown.

Internships provide real-world experience in professional settings that prepare students for their post-collegiate careers. Internships can last a semester or up to a full year.

History majors can intern at an array of sites, including any one of the local historical societies, libraries, and museums. Internships can also be found in nearby Harrisburg, Philadelphia, or even Washington, D.C. There is no shortage of places for students to find an internship doing something that interests them.

Ready to Apply! Take the next step in joining our Blue Jay family by starting the admissions process. By applying you'll get access to special events and information tailored to you.
Make History! Learn more about what a major in history at Elizabethtown College could do for you! For more information, come visit campus and speak with one of our professors, take a tour of campus, and sit in on a class.
Elizabethtown College